Those in favour of incinerators will put forward some convincing arguments. Here we cut through some some of the spin that is clouding the issue by blowing apart some of the arguments used to justify incineration.

‘Safe’ as defined by incinerator companies refers to the ‘safe’ limits of poisons and pollutants that current legislation allows them to release into the atmosphere. When you dig a bit deeper you will discover that the current ‘safe’ limits as defined by the government have little to do with what is actually safe for humans, and everything to do with what is technically achievable with current technology.

Take dioxins for example, which are just one of the compounds released through the smokestack. The World Health Organisation accepts that they are proven carcinogens, in other words they cause cancer. They are also linked to hormonal effects such as endometriosis in women and reduced sperm counts in men, and reduced immune system capacity. They may also affect foetal development.

The current ‘safe’ level for dioxin emissions is based on what limited studies have established to be a level at which there is no obvious and immediate harm to a fully grown adult. Children and foetuses, however, were discounted in all the government backed research despite being the most vulnerable groups and those most susceptible to toxins and poisons.

There is no formal research in the UK into the long term bioaccumulative effects of dioxins, but studies from around the world have found clear links between incinerator outputs and cancer (see Belgian report below).

There is clear evidence of an increase in birth deformities and childhood illnesses including asthma around the sites of current incinerators and for that reason alone we should look far more closely at these issues instead of rushing headlong into building incinerators.

Health Protection Scotland, a division of the Scottish NHS, has just published a report which reviews the evidence currently available on the human health risks associated with incinerators. This acknowledges that ‘the lack of conclusive or consistent evidence does not preclude there being some adverse effect – in other words, the absence of evidence does not equate to evidence of absence.’ Read the full report.

“It will produce much needed energy – the county needs energy”

To burn anything in an incinerator it must have sufficient calorific value to burn, or you need to add an accelerant such as oil or gas. Most materials with a reasonable calorific value, i.e. waste that will burn, can be recycled. In fact Cheshire County Council’s own studies show that 80% of the average domestic waste bin can be recycled. So if you have recycled everything you can from the waste stream then by definition there is nothing with any calorific value left to burn. Incineration and recycling are therefore at opposing ends of the waste management scale and cannot both be used to solve the same problem. Once you commit to an incinerator you are no longer committed to recycling.

Of course it is still possible to burn the residue after recycling; it’s just not that easy as its calorific value is so low. Where this happens in existing incinerators they simply add an accelerant such as oil or gas to make it burn. However, this process is far less efficient than just burning the oil or gas in a power station, so trying to generate energy this way is thermally inefficient.

“There is no link between incinerators and health problems”

The view that there are no links between incinerators and health problems is supported by the Health Protection Agency and the Environment Agency. They take advice from ‘experts’ in the field such as Professor Roy Harrison (Professor of Environmental Health, University of Birmingham) who in March 2005 told a seminar on the issues from incineration that he had concluded that “epidemiological studies had not demonstrated significant health problems due to incinerators, even when some studies examined older installations. Current levels of dioxins emissions from incinerators are unlikely to increase the human body burden and indirect estimates of health effects have shown that waste incineration contributes a very small health impact.”

He then went on to say that we had reached the point where there was no need to conduct any further epidemiological studies and that resources should be spent on better communicating to the public how safe incinerators are.

If you want to know more the report is reproduced here.

For those who like to see a balanced view there are some academics that disagree with Professor Harrison and think that the advice given by the HPA and EA is both dangerous and misleading.

To find out more please take a look at this report, produced by the British Society for Ecological Medicine.

But let’s be clear about this, incinerators do not replace the need for landfill, in fact they perpetuate the need for it. Incineration reduces the volume of waste that enters it by between 50-70%, but the bulk of what comes out is then toxic. The residue that is deemed to be ‘safe’ still needs to be land filled, so this is no solution to the problem. You also have the problem of what to do with the toxic waste that is produced.

As for landfill producing methane, if you extract all the material that can be recycled then you don’t get methane. In fact with a ‘Zero Waste’ strategy, the small amount of residual material produced is inert and can be land filled with no detriment to the environment and no contribution to global warming gases.

Advancements in technology may mean that in theory, incinerators built today should release fewer pollutants into the atmosphere, but plants built today are generally three times bigger than the older installations. Therefore, even if they emit two thirds less pollutants than older generation incinerators, their larger size means they still produce the same volume of toxic output.

What’s more, modern plants still pollute. Tyseley in Birmingham is a ‘modern’ plant yet it still continues to produce vast quantities of pollutants as well as breaching its emission standards (see below). In addition to this, residents in the area surrounding the plant suffer from a constant stream of lorries passing their doors, the smell of raw household waste drifting on the wind and the noise from the operation of the plant. These are consistent characteristics of ‘modern’ incinerators no matter where they are built.

The Tyselely plant was completed in 1999 and heralded as one of the ‘new generation’ incinerators which were ‘safe’. The plant is a 350,000 tonne MSW (Municipal Solid Waste) incinerator, and as you can see from the photographs below is an enormous blot on the landscape and, far from being ‘safe’, has an emissions list that should frighten anyone within the immediate fallout area.

To put this in context, it is just under HALF the size of the proposed plant at Ince Marshes and rather than imagine the scale we are talking about here take a close look at the picture and see if you can spot the transit van parked outside. Yes, it really is that big!

The following is the list of emissions from the plant in its first year of operation in 1999. Make up your own mind whether you think this constitutes ‘safe’.

In addition to this the plant also produced around 90,000 tonnes of bottom ash and 8,000 tonnes of toxic fly ash, which of course needs to be disposed of. Some of this ends up in landfill.
“It will be constantly monitored to make sure it stays within safe limits”

Monitoring of incinerators is one of the great modern day misnomers. Plants are obliged to self monitor during their operating life and self report breaches. The following is a list of the self reported breaches for plants in the UK in 1999/2000. And these include some of the most modern facilities in the country:

Remember that what this shows is only those breaches of emissions that they have chosen to report. Some plants have been known to ignore clear breaches, in some cases even when the plant was on fire, declaring instead that there was no problem at all.

These breaches do not include start up and closedown periods where the plant operates at lower than optimum temperatures and huge volumes of pollutants are emitted from the stack.

Of course those looking to reassure you will point to the fact that their outputs are regularly monitored by the Environment Agency to ensure that they are safe. It’s not surprising plants pass these inspections as they are given advance notice and lo and behold, inspectors arrive and everything is running smoothly. 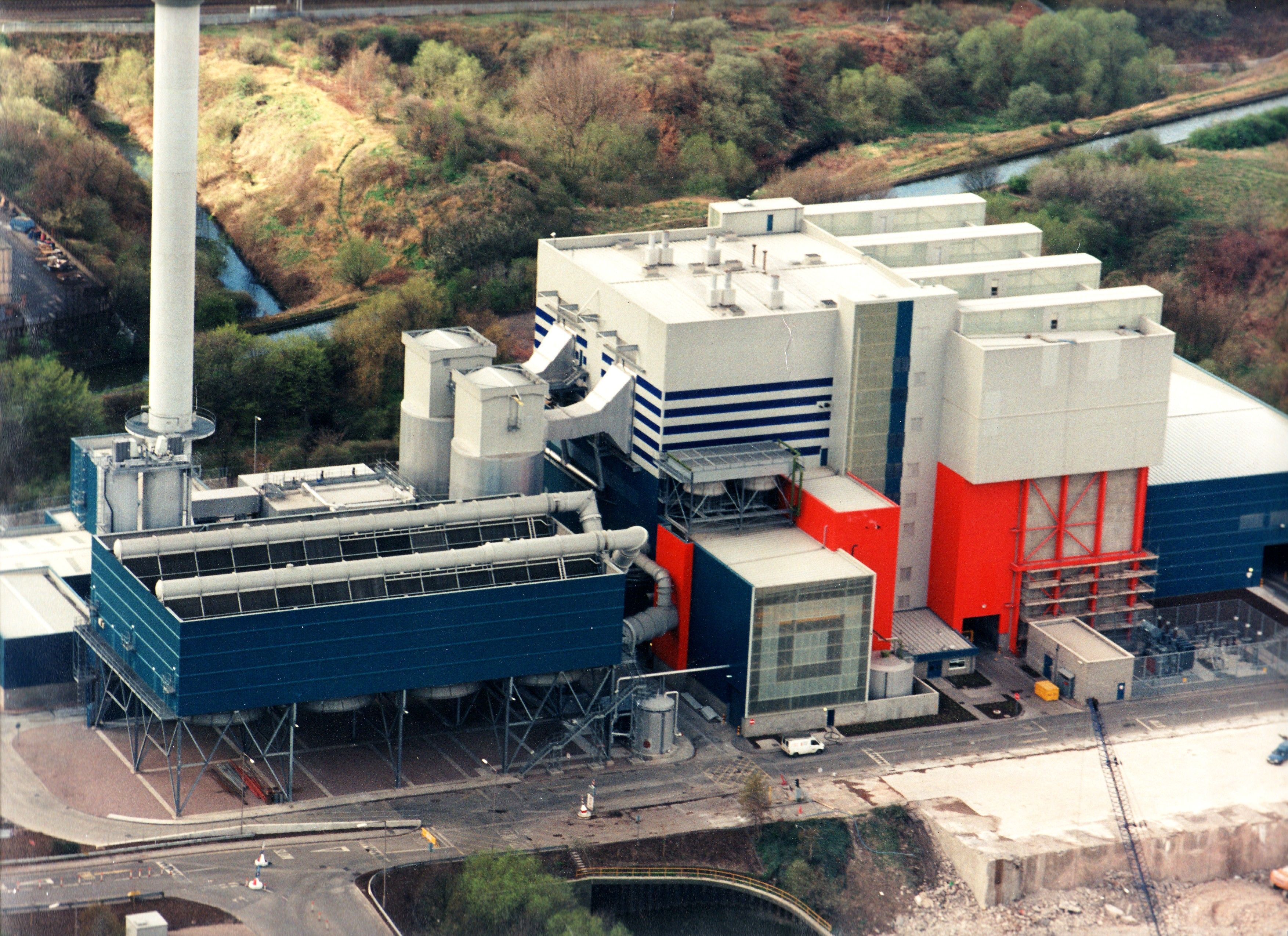