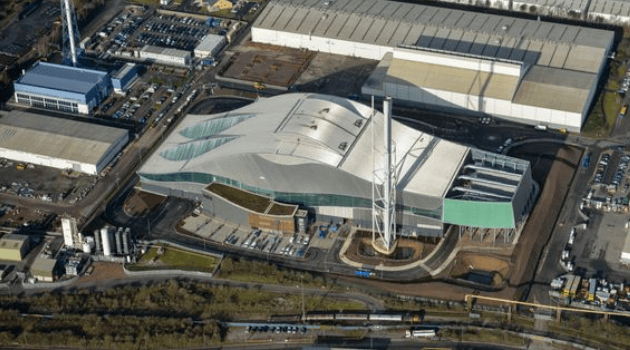 This message is a reminder to members of CWAC Council, particularly those recently elected for the first time, that the prospect of having a large waste incinerator constructed and operating at the edge of Northwich Town Centre in Lostock is a frightening dark cloud that still hangs over the local community.

Our purpose at this stage is not to provide a detailed briefing other than to point out that if construction goes ahead, it will be unprecedented for such a large incinerator to be located in the middle of a residential area and close to so many schools and nurseries. It is a fact that more than 1000 children attend school less than half a mile from the site. However, even at this stage, you have the opportunity to play a vital role in preventing this potential disaster.

We understand that TATA and Council officers have been talking to each other about significant changes to the plant for which planning permission was granted by the Government in 2012. We say ‘understand’ because openness, transparency and respect for the right of the community to know what is going on does not evidently apply in this case. From what we do know, CWAC Council has every right to demand a new planning application because of the scale and nature of the changes TATA wants to make and it should exercise that right in the interests of Northwich particularly in view of the developments that have taken place in technology and the energy market, the downsizing of TATA?s plant and progress on the regeneration of the town since the original application five years ago. At the very least, democracy dictates that the local community must be provided with full information and the public consulted by the Council before any decision is taken and all decisions should be in the hands of elected councillors because of their potential importance to peoples’ lives.

One of the bizarre and unacceptable aspects of the project is the complete absence of a meaningful representation of what the incinerator plant would look like and particularly how the scale relates to buildings, people and, for example, vehicles in the nearby locality. One can understand the motives for TATA for wanting to keep their dirty and hazardous secret but that does not excuse CWAC Council for not stepping in and taking responsibility to inform the public.

We are therefore providing the photo below to help you understand the scale of the monster that would be located behind Tesco on Manchester Road. It shows the recently completed Viridor incinerator in Cardiff that has a capacity of 350,000 tonnes P/A. By contrast, the approved capacity for the Lostock plant is 600,000 tonnes P/A which would be 71% bigger! If you look closely you will just about see the relative size of the vehicles in the front of the building. Alternatively, you could visit the Ineos waste burning monster in Runcorn and then imagine something like that looming over thousands of homes as well as shops, schools and playgrounds in the neighbourhoods of Lostock, Rudheath, Wincham and Northwich Town itself. Is it any wonder TATA wants to keep it a secret?

CHAIN has been campaigning to protect Cheshire from the health and environmental perils caused by waste burning incinerators for the past eleven years and will continue its fight. We collected more than 25,000 signatures on our petition against incinerators in Cheshire, a record number in the county. We hope that you will give your full support to the people of Northwich, particularly the children whose health will be most at risk, in their uneven struggle against one of the largest business corporations in the world and insist on a new planning application.