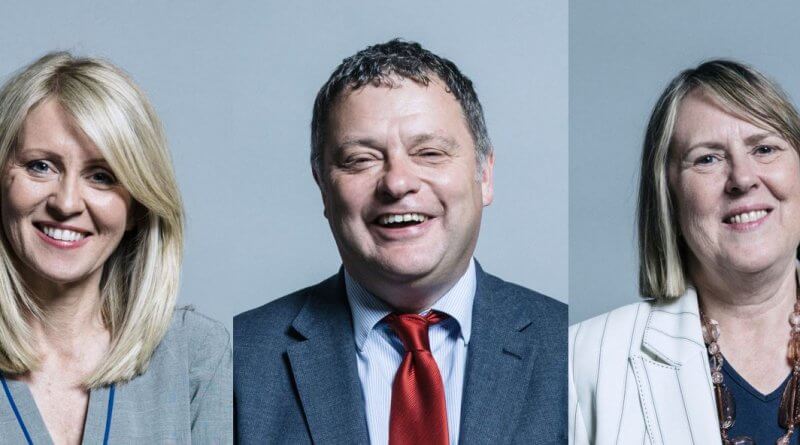 CHAIN is pleased to report that the three local MPs whose constituents would be most affected by TATA’s plans to build a large waste incinerator in Lostock, Northwich have submitted formal objections to the company’s application to increase the planned electricity output by 50% by unexplained means and to remove a key restriction on the permitted fuel.

The MPs are: the Rt Hon Esther McVey, MP for Tatton (Lostock, Rudheath, Knutsford), Mike Amesbury, MP for Weaver Vale ( Northwich ) and Fiona Bruce, MP for Congleton (Middlewich). Many other objections have been lodged by CHAIN and members of the public.

The restrictions which relate to the composition of the fuel were set out by the Department of Energy and Climate Change (DECC) in the permit document in 2012 and are intended to ensure that the incinerator plant is used for the actual purposes claimed in the planning application.

CHAIN also has evidence that TATA intends to use biomass, probably wood pellets harvested from forests in the USA, but the public is not being told about it. Burning biomass would also be contrary to the restrictions included in the planning permit.

CHAIN is awaiting news from Cheshire West and Chester Council on whether it will support our MPs and local people by objecting to TATA’s application.

It is perfectly reasonable to expect that the Council will be consistent with its strong opposition to the original planning application in 2011 when it spent a large amount of taxpayers’ money on legal representation to oppose TATA and EON at the public inquiry. We are also urging elected councillors to support their communities and submit individual objections.

A spokesperson for CHAIN stated:

‘We thank the MPs and members of the public. Our hope now is that the Government will see through the game that TATA is playing and put a stop to it by rejecting their application.’

‘The truth is that there is no longer a need to truck in huge quantities of waste on fleets of polluting HGVs into a residential area of Northwich in order to power a chemical plant whose days are clearly numbered as anybody who drives past it can see.’

‘As TATA’s real intention is to build a biomass or similar fuelled power station to generate electricity to sell on to the national grid, the Government should enforce planning law and insist that the company goes about it in the proper way and submits a full new planning application.’