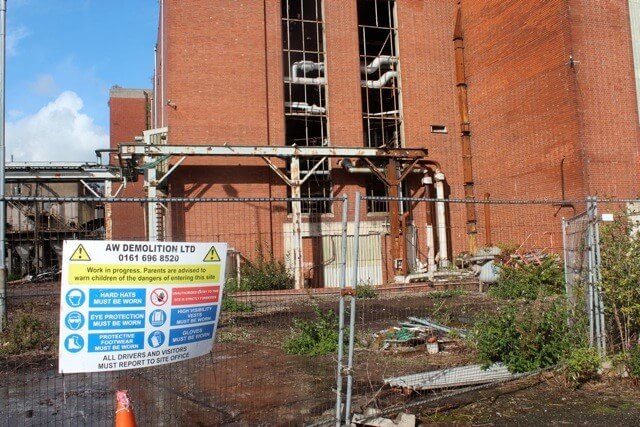 This is a very brief follow-up to the Update issued last week. For those who missed it, the following is the report about the TATA incinerator that appeared in the Northwich Guardian last week. The report is remarkable because the majority of it amounts to what is effectively a press release for TATA and quotes an unnamed TATA spokesman at length.

It fails to mention the stress and inconvenience that will be caused to local residents during the construction and operation of the plant and, unbelievably, the paper did not make contact with a single person who lives in the locality and who will see their lives turned upside down and their health endangered by what is going to befall them.

It is also obvious, sad to say, that the Guardian has obeyed the dictat of the almighty TATA that the words ‘waste incinerator’ must never be used because people might realise what they are up to in Northwich despite it being the terminology used in the industry and by statutory authorities. As William Shakespeare would say: ‘a waste incinerator by any other name would smell as awful and be as toxic.’

Some CHAIN supporters emailed us after the last Update to say that they want to contact their local MP about the incinerator. The site is located in Lostock which is in the Hatton constituency (Esther McVey MP) but many people who will suffer live in Northwich ( Mike Amesbury MP ) . Their email addresses are:-

Incidentally, Esther McVey was emailed the recent Update. Her Office responded immediately and a phone call with her has been arranged for this week.

Following the publicity in the Guardian, CHAIN was contacted by representatives of two national retail chains, one in fashion retail and the other from a furniture chain, to make us aware that the proximity of the TATA waste incinerator to the Barons Quay Development had been a critical factor in their respective decisions not to take their interest any further.

They were worried about HGV traffic and felt that prospective customers would be deterred from visiting and shopping in Northwich where the plant and chimneys will be visible from the town centre. One also mentioned the perceived health risk that many experts believe is associated with chimney emissions from incinerators.

I am sure that CWAC Council will have thought through the implications before they decided not to require TATA to submit a new planning application last year that could have stopped the incinerator project in its tracks.

As you may be aware, Barons Quay is costing Cheshire West council tax payers about £40k a week in finance and other costs. Just incredible.