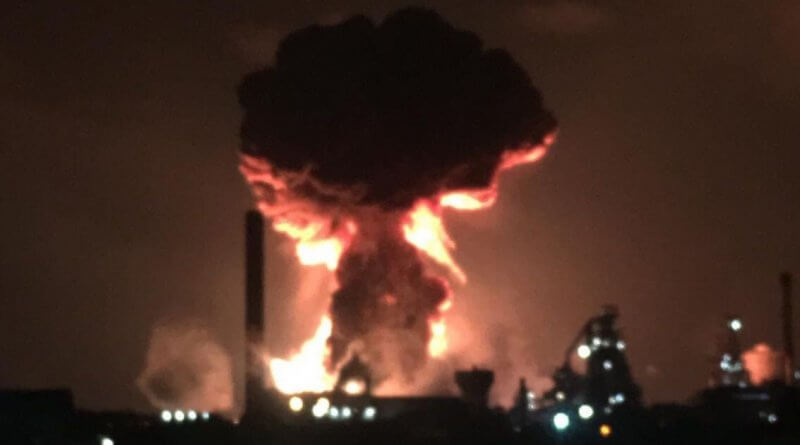 For the second time in 3 years, There has been a huge explosion at the TATA steel plant in Port Talbot.

A train carrying molten metal derailed on Friday 26th April 2019. A huge explosion, mushroom cloud and smoke burst from the plant. Two workers were injured in the incident.

This comes just 3 years after a massive fire broke out at the same plant.

That too resulted in an explosion that shook the surrounding area, 100ft flames and a huge plume of black smoke.

30 firefighters were required to extinguish the blaze.